Drive-in Movie Theaters: Are They Making a Comeback? 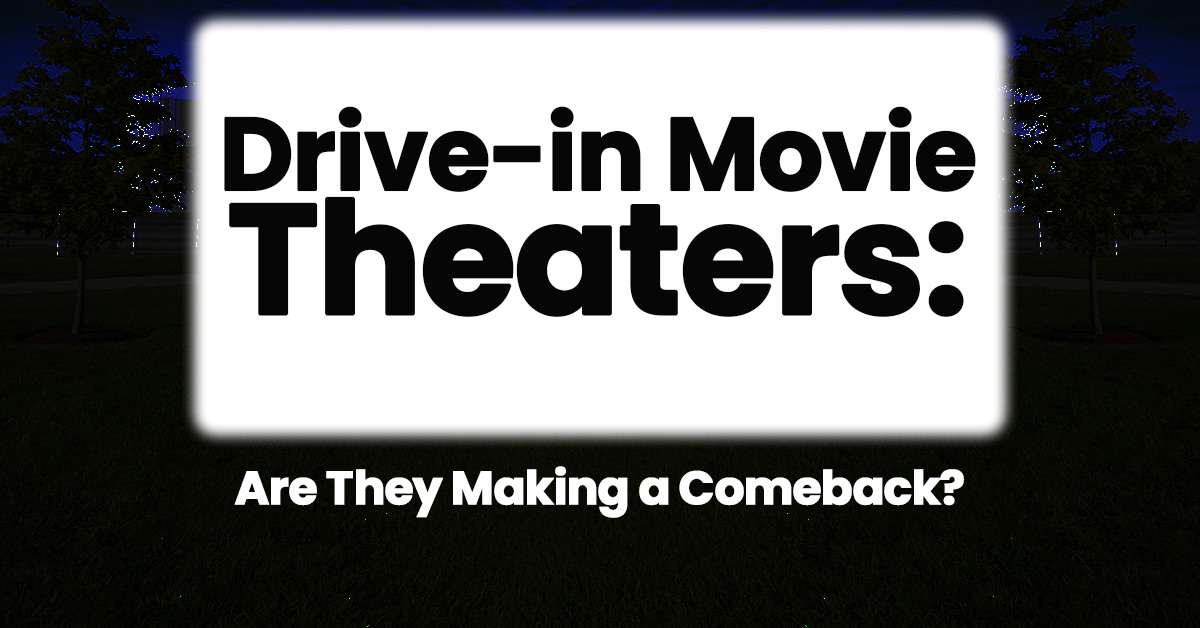 Drive-in Movie Theaters: Are They Making a Comeback?

While there were several attempts at “outdoor theaters” previously, the first “official” drive-in movie theater wasn’t opened to the public until June 6, 1933, in Camden, NJ. By 1940, there were over 40 drive-ins coast to coast which exploded to over 4,000 nationally in the 1960s.

Drive-in movie theaters became popular for several reasons. Parents could pack up the kids in pajamas and have a night out. Families could enjoy a movie together, without a crying baby annoying other viewers. Drive-in movie theater admissions were often priced “by the car” and were a terrific family value. Drive-in movies were also a great place for couples to get some alone time in the comfort of their own car.

Drive-ins had it all. They had slight hills that would raise your vehicle to an appropriate viewing height. They had relatively inexpensive refreshments (you could also pack your own). Drive-in movie theaters also had personal speakers, restrooms and frequently featured multiple, first-run movies.

In the 1970s, the popularity of drive-in movies began to wane for many reasons. Most blame the introduction of Daylight Savings Time, which pushed back movie start times considerably. VHS tapes were also introduced at this time and increasing gas prices discouraged the use of cars. Increasing land values also made using large swaths of land for drive-in movies impractical.

First-run movies are expensive to show. The space needed for a drive-in movie theater is significant. There’s the issue of staffing and restrooms to contend with. Plus movie theaters make a significant amount of money from concessions that drive-in customers could avoid by bringing them in themselves.

While there may be a renewed interest in drive-in movie theaters, it is unlikely they will make a significant comeback. If you can, support one of the remaining theaters that may be in your region and relive some terrific memories of the past. You just may create some new ones.