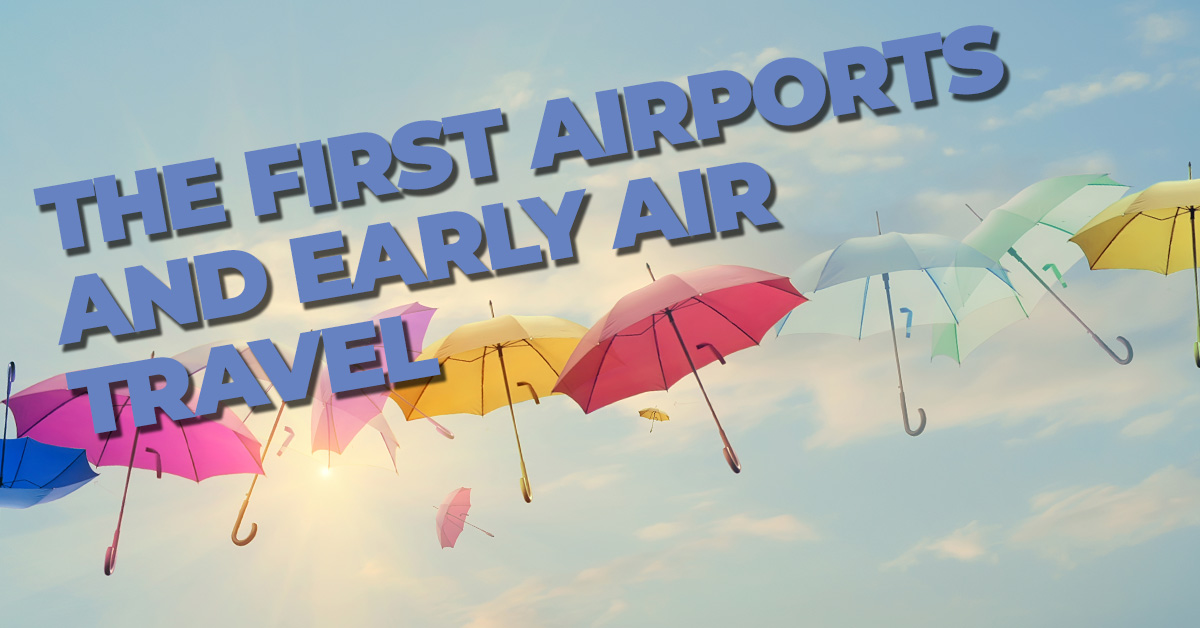 You may not realize that commercial flying is a relatively new experience. We are aware that commercial airports are barely 100 years old. In the United States, the oldest airport still in operation is in College Park, Maryland. It was opened in 1909 and Wilbur Wright himself taught aviators there. While not the first airline to operate, the oldest airline still operating in the United States is Delta Airlines, which started in 1925. Delta started as crop dusters in Georgia named Huff Daland Dusters.

Today’s modern major airports are large open spaces with dining, giant parking facilities, and even some contain hotels and shopping. But what were airports like in those early days?

Many of the first airfields weren’t considered permanent, but were relatively flat, smooth surfaces that could be used to land and take off. These included racetracks, golf courses, farms, and fairgrounds. Early airfields had few if any comforts. Nor did early airplanes. These early places were loud and uncomfortable. Speeds could only reach about 100 mph, and they had to be refueled often. Lack of insulation often made flying a frigid experience.

As commercial travel began to expand, both airports and airplanes began to improve. Some early airlines began to construct their own airports in the late 1920s and thirties. Local businesses, who could benefit from increases in air travel, began contributing to airfields, as did governments. Airfields that started with a gravel runway and windsock added hangars, mechanics, towers, and places where passengers could gather before and after departures and arrivals.

In the 1930s, most flights took place during daylight hours, with pilots relying on landmarks and airmarks to determine their location. The 1930s saw the addition of Morse Code and two-way radios that improved air travel.

Air travel really took off in the 1950s with the “jet age” and the introduction of larger airplanes and jets. Even then, however, and into the 1960s, people viewed air travel as an event and often dressed in suits for the experience.

Times change, and it is important to make sure your insurance is keeping up with those changes. Is your home insurance adequate? Are you overpaying for auto insurance? Do you have enough life insurance and is your business insurance adequate? Contact one of our independent insurance professionals for a no-obligation evaluation and price quote today.