Movie Sites You Can Still Visit 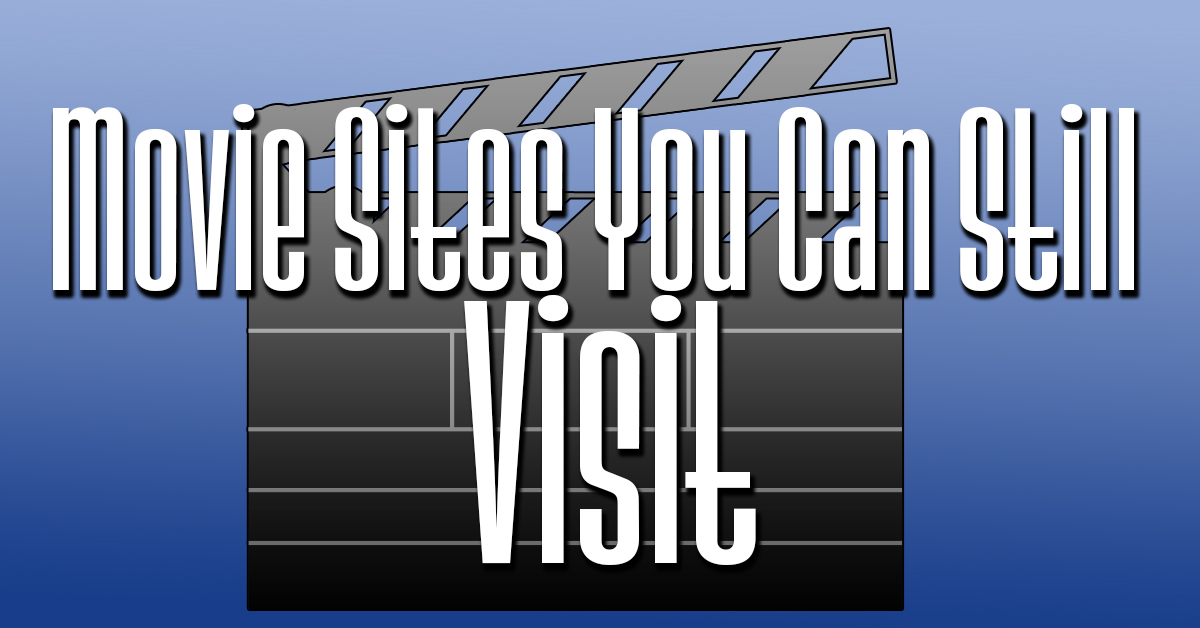 Movie Sites You Can Still Visit

There is something unique about visiting places that served as the site of a favorite movie. Imagining the actors standing where you are or noting the difference between how it appears in real life versus on screen. While many films take place on a temporary set in a studio or elsewhere, many were filmed on location in real places you can still visit. Here are a few.

Much of this 1994 film featuring Tim Robbins and Morgan Freeman were filmed in and around the North Central Ohio community of Mansfield. The old Ohio Reformatory served as the prison in the film and it still stands today, even hosting tours. The Wyandot County Courthouse in Upper Sandusky was the site of the opening courtroom scene and Ashland was were the laundry and bank scenes were filmed. There’s been so much interest that a “Shawshank Trail” was established to self-guide visitors through filming locations.

Little Dyersville, Iowa not only served as the location of the baseball field in the movie but that field still is in place today, next to the original house in the movie. Yes, in season there is still corn beyond the outfield. You can stop in to “have a catch” or buy one of a multitude of souvenirs dedicated to the movie. There are a series of annual events that take place at the field to honor the iconic film.

You’ll have to do a little traveling but you can actually visit the original Hogwarts, or where at least much of it was filmed. You’ll need to go to Oxford, England to the Oxford Christ Church Cathedral.

A trip the Chicago suburb of Winnetka, Illinois could have you standing in front of the original home Kevin McCallister defended in the Christmas classic. Not a day passes when visitors aren’t posing with the surprised, hands-on-face, open-mouth look in front of the home.

The original Christmas Story House is located in the Cleveland, Ohio neighborhood of Tremont. Take a tour of the home where Ralphie was forced to wear the giant pink bunny outfit and nearly shot his eye out. The neighboring “Bumpus House” is also now a tourist attraction and a home nearby serves as a souvenir shop where you can buy your own leg lamp in a variety of sizes.

The internet makes it simple to find out more about your favorite movie and where it was filmed. It can be an interesting way to spend some time and increase your movie knowledge.