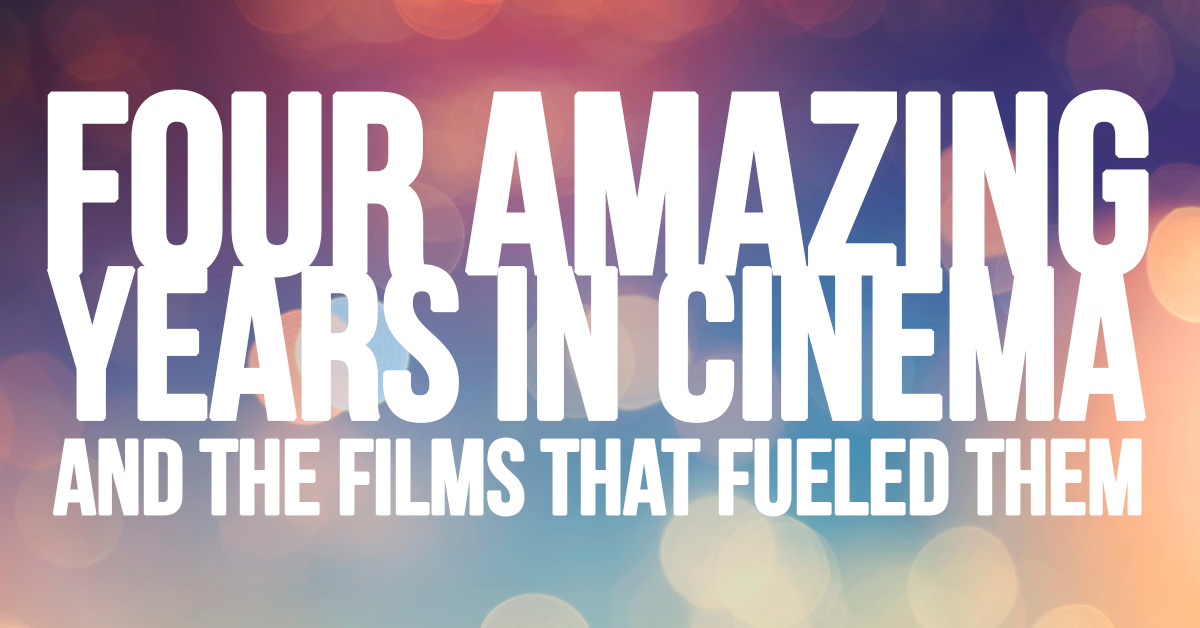 Like vintage wines, some years provided exceptional quality when it came to the cinematic products that were produced. Here are four years that many consider to be the best in film history. This subjective list is presented in chronological order.

If there is one year that can be considered Hollywood’s benchmark year, its gold standard, it is 1939. “Gone With the Wind” became the first color motion picture to win Best Movie of the Year Award and the film swept every major category. It launched the entire industry into a new era and set higher expectations for future film making endeavors. But one film doesn’t make an epic year on its own. “The Wizard of Oz” also came out in 1939 as did other classics like “Stagecoach”, “Mr. Smith Goes to Washington” and others. It is almost hard to imagine these films were produced over 80 years ago.

1967
The sixties were a time of change and upheaval. That was reflected in the movies of 1967, including the Movie of the Year , “In the Heat of the Night”. The year was also punctuated with Sidney Portier’s “Guess Who’s Coming to Dinner”. “The Graduate”, :Cool Hand Luke” and “Bonnie and Clyde”. America was growing up and we were now seeing things on the big screen it had never experienced before.

Movies in 1994 ranged from iconic to cultish to just plain crude. One thing is for sure, viewers had a diverse selection to choose from. Tom Hanks stunned and amused us with his performance in “Forrest Gump” while John Travolta starred in “Pulp Fiction”. Independent studios began hitting their stride but mainstream studios were still putting out classics like “The Lion King”. “The Piano” and “The Fugitive” both of which won Oscars. The year also gave us a lot of low hanging fruit in “Ace Ventura: Pet Detective: and “Dumb and Dumber”.

If any year could compete with 1939 as the best in cinematic history, it could be 1999. The year was packed with unique, original stories and films that have stood the test of time. These include “The Green Mile”, “Fight Club”, Matrix”, “The Sixth Sense”, “Girl Interrupted”, “Eyes Wide Shut” and others. The year was filled with non-stop hits and blockbusters.

The rise of independent film productions in the 1990s changed movies forever. It allowed for more creativity and options. Such is the case with independent insurance companies. We give you more options when it comes to home, life, auto and business insurance. Let us compare companies and rates for you. It could just be a banner year when it comes to saving money on your insurance.