The Hot Dog: Everything You Could Want to Know. …and More. 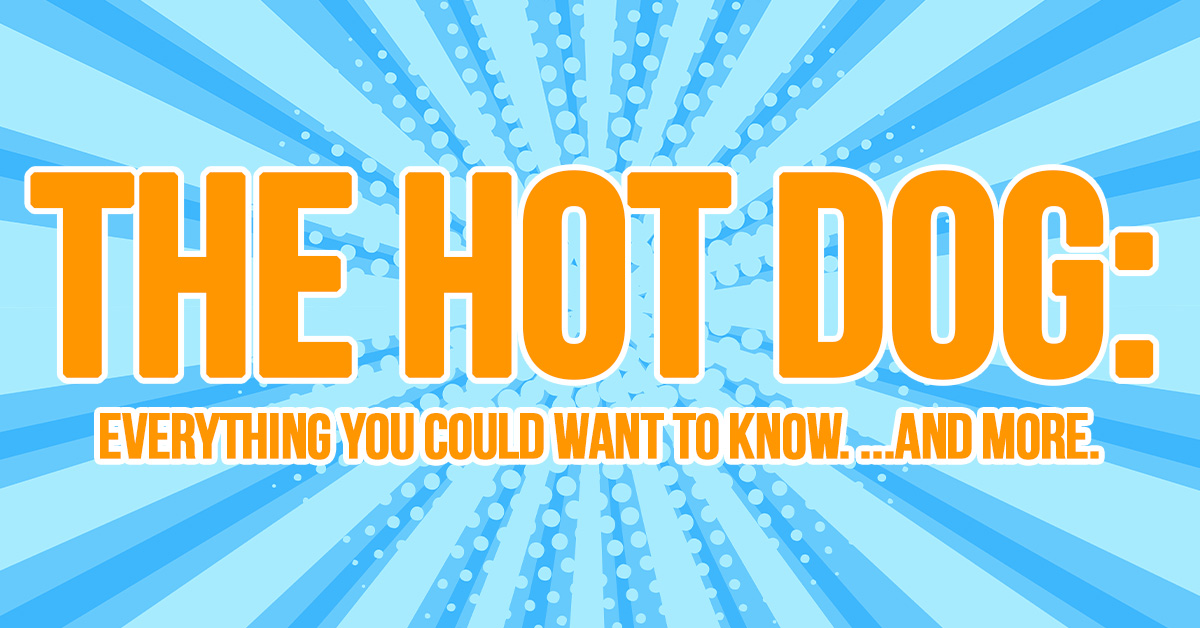 The Hot Dog: Everything You Could Want to Know. …and More.

It is a staple at baseball games, picnics and backyard barbecues. It can be eaten with mustard, relish, onions and even chili, but there are those who will look down on you for adding ketchup. You can eat it plain, on bread or in a bun. It is the good old hot dog, but for as many as we’ve probably eaten through the years, we may know relatively little about it.

History of the Hot Dog

Even a brief history of the hot dog demonstrates how its past is tied together. Two European cities claim to be the origin of the hot dog. They are Frankfurt, who claims to have originated frankfurters, and Vienna, who claims to have given birth to weinerwurst. Later, in America, it was in the 1860s that an German immigrant began selling what he called “dachsund sausages” on the streets of New York City. It is reasonable to see why they were called “hot dogs”. It was about ten years later that another German Immigrant by the name of Charles Feltman opened the first hot dog stand at Coney Island. This cemented the names hot dogs and Coneys as virtually the same thing. .

Today there are more choices in hot dogs than ever, based usually on their ingredients. Generally, the common hot dog is made from chicken and pork. All beef and Kosher hot dogs contain all beef ingredients. There are also chicken and even turkey hot dogs. While textures can vary slightly, the salty, smoky taste of hot dogs are pretty similar. There are even vegetarian hot dogs that don’t contain meat at all.

Order a hot dog with just ketchup and you may get a look like you have a third eye. In Chicago, you may not even get served. Most hot dog purists agree that hot dogs should be garnished with mustard. Chicagoans have no problem adding everything from cucumbers to cole slaw on them however.

Perhaps the greatest mystery in the world of hot dogs is why hot dogs are packaged in ten packs while hot dog buns are sold in 8 packs. The truth is that sandwich rolls, or hot dog buns, are baked four to a pan. Hot dogs however, have often been sold by the pound, often resulting in ten packs. Some “ballpark” size hot dogs actually do come in packs of eight.

Hot Dogs by the Numbers

Hot dogs seem to have it all. They are inexpensive, simple to make and even easier to eat.

Finding out if you are overpaying for you auto, home, life or business insurance is easy when you compare, and one of our independent insurance agents can help. Connect with us for your free price quote today!