Five Must-See Movies for Fans of Every Sport 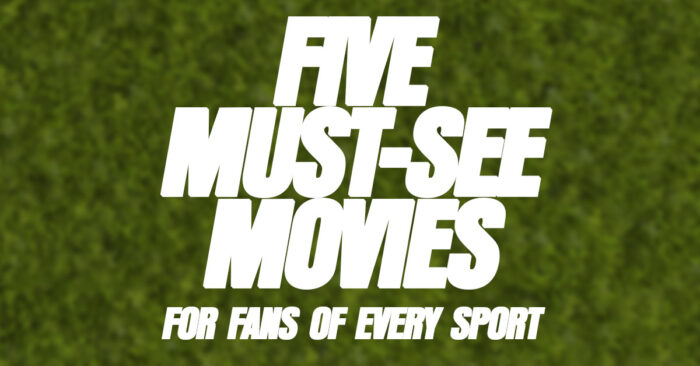 Five Must-See Movies for Fans of Every Sport

Sports movies have a way of tugging at our hearts. There always seems to be a good guy to root for and a bad one to root against. Sports movies have been based on real-life athletes and constructed from fantasy. Think of almost any sports movie, and you can visualize a slow motion scene of a basketball shot hitting nothing but net at the buzzer or a towering home run smashing into a bank of stadium lights. Sports movies make us laugh, cry and have given us some unforgettable quotes. Here is a look at a variety of movies that paid tribute to their sports.

Indiana. High school basketball. Gene Hackman. Dennis Hopper. It just doesn’t get much better. Hoosiers is the gritty story of a small town high school basketball team and its journey to the state basketball tournament championship. Part Mighty Ducks and part Bad News Bears, the film is based on a true story.

Kevin Costner and James Earl Jones star in this sports fantasy film that is sure to impact anyone who remembers the smell of a leather baseball glove in the summer. Costner turns his corn field into a baseball diamond which leads him on a journey to reunite with his long deceased father. It gave us the phrase “Built it, and they will come.” The actual field still stands today in Dyersville, Iowa and is visited annually by tens of thousands. .

This was actually an ABC-TV “Movie of the Week” but deserves mention here. James Caan stars as Brian Piccolo, a Chicago Bears football player dying of cancer in 1965. There may be “no crying’ in baseball” but more than a few shed tears watching this touching football-based film.

The story of boxer Jake La Motta, Robert Di Niro stars in this Martin Scorsese directed film. The movie was filmed in black and white, in part, to distinguish it from other boxing films at the time. Critics believe the film is less about boxing than it is about insecurity, anger and jealousy. The boxing scenes are classic.

It is hard to find a golfer who can’t quote a line or five from this comedy starring Chevy Chase, Rodney Dangerfield and Bill Murray. “Be the ball”, “It’s in the hole!”, “Cinderella boy”, “Hey, while we’re young” and “But it looks good on you” are just a few. Far from a cinematic classic, this is just a golf movie to enjoy. No matter how many times it is seen it still has its laugh-out-loud moments.

Hollywood has given us sports film classics like “Pride of the Yankees”, “The Natural”, “Rocky” and “League of their Own”. It has also presented us with cult classics like “Slapshot” and “Tin Cup”. No matter what time of year, there’s sure to be a sports film you can celebrate the season with.