Unusual DUI Cases That May Leave You Shaking Your Head 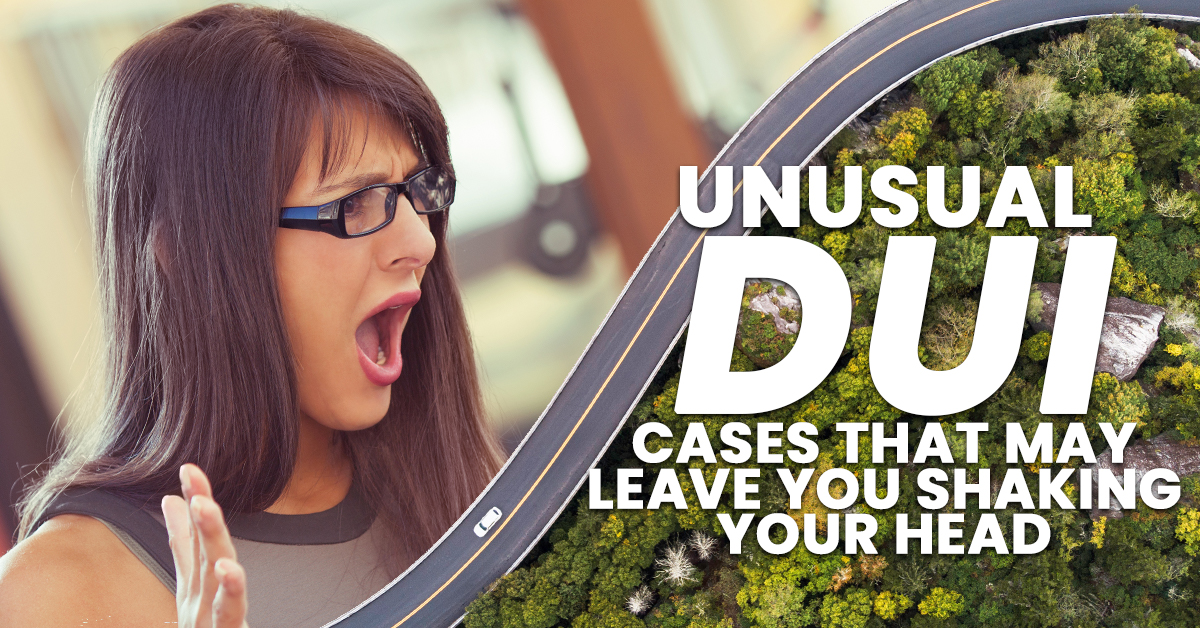 Unusual DUI Cases That May Leave You Shaking Your Head

Make no mistake about, drinking and driving is serious business. The National Highway Transportation Safety Administration (NHTSA) estimates that about 1.5 million arrests are made annually for DUI. That translates into about one in every 120 licensed drivers in the country. Next to distracted driving, drunk driving is the most frequent cause of car accidents in America.

Every once in awhile, there will be a story in the news, however, about drug and alcohol use involving some other mode of transportation beyond your everyday car or truck. Here are a few that may leave you shaking your head.

in 2019, a 68 year old Haines City Florida man was arrested for DUI while operating a riding lawnmower. Why and how did police catch him? He apparently he ran into a parked police car while the officer was in a local business. The story doesn’t end there. The man finally admitted to the crime, saying “#%&@ it.  I’m drunk. Take me to jail.” There, his blood alcohol level was measured at .241, about three times the legal limit in Florida. Tests also revealed he had cocaine in his system, which he said got there when police tried to poison him.

In 2017, a Lakeland, Florida woman was arrested for DUI after drivers saw her riding a horse on a highway looking confused. She had apparently been on the horse for a 10 or 15 mile jaunt before being stopped. Police say she smelled of alcohol and staggered when dismounting. They also say it was their first case of DUI while riding a horse.

It is illegal to operate a bicycle while under the influence in all but a handful of states. In 2010, a 63 year old man was pulled over in Southwest Florida on his bicycle after seen weaving in and out of traffic. After failing field sobriety tests, police arrested the man stating he was “Dead drunk”. The man permanently lost his drivers license over a decade earlier after receiving four previous DUIs.

A serious driving infraction like a DUI can create a myriad of problems, including necessitating expensive high risk automobile insurance. If your driving record is creating increasingly expensive auto insurance rates, we may be able to help. Contact our independent insurance agents and have them go shopping for you. It’s a no-cost , no-obligation way to see if there are better options for you available.