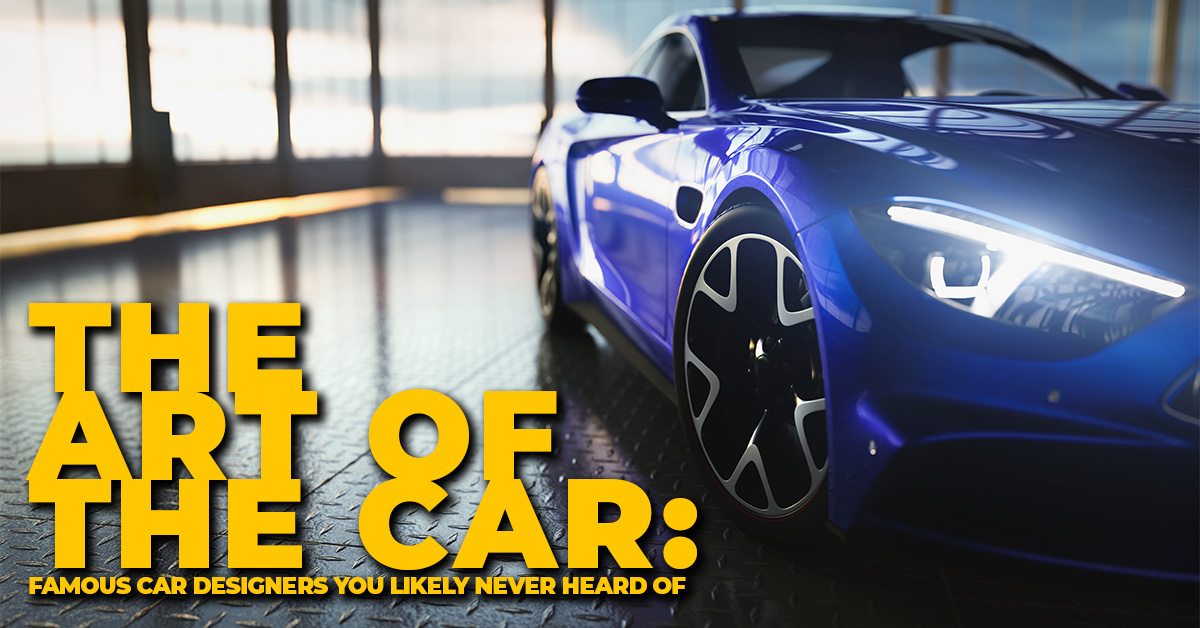 Odds are, you may have heard the names Enzo Ferrari and Ferdinand Porsche. These legendary automakers have been responsible for crafting some of the world’s most beautiful, high-performance cars. But what about the designers who helped create these remarkable cars? Odds are, you may never have heard of the men who were so critical to these brands.

Giugiaro was named Car Designer of the Year in 1999 and was selected to the Automobile Hall of Fame in 2002. It is safe to say if there was a Mt. Rushmore of car designers, Giorgetto’s face would be front and center. He designed cars for Alfa Romero, Aston Martin, Bugatti, DeLorean, Ferrari, Cadillac, Fiat, Hyundai, and dozens more. He even designed high-end cameras and watches.

Callum designed cars for Ford and Aston Martin. In 1999, he became Director of Design for Ford Cars. His concepts ranged from the 1989 Ford Escort Cosworth, the 1993 Aston Martin DB7, the 2001 Aston Martin Vanquish, and the Jaguar X-Type Estate for 2004.

This American designer built his career as Chief of Design for the BMW Group. He oversaw the designs for BMW and MINI, along with Rolls-Royce.

Harley Earl was the first head designer at General Motors and was responsible for an almost uncountable number of innovations. He may be best known, however, as being the Father of the Corvette when it began in 1953.

All you need to know about this designer is that he was the original designer of the Ford Mustang. The Halderman Mustang has been on the roads for over 40 years.

It is interesting to note that some designers who gained fame for designing prestigious models also made a good living designing daily drivers.

No matter what you drive, you shouldn’t be overpaying for car insurance. Let us shop and compare for you. Contact one of our independent automobile insurance agents today for your free quote.