Car Doors: Who Would Have Thought There Were So Many Choices? 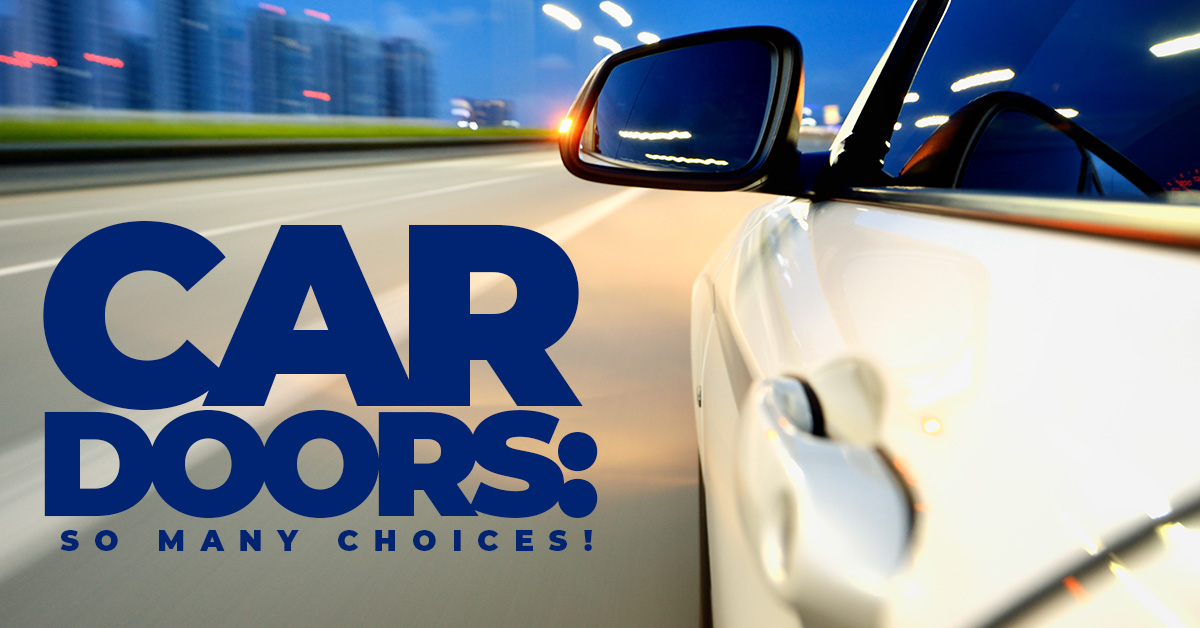 Car Doors: Who Would Have Thought There Were So Many Choices?

Two or four. That’s about the range of choices most of us think we have when it comes to the doors that come with our cars. Coupes generally come with two doors, while sedans can have four. These doors usually come with the handles to the left with the doors opening on hinges to the right. Who could need (or want) more than that? Apparently automotive designers and engineers who continue to look for more innovative, convenient or attractive alternatives. Here are some of the concepts that have made it into production.

Gull wing doors open up and out from the roof-line, giving the impression of a bird in flight when both sides are open. Gull wing doors were, perhaps, made most popular from the DeLorean DMC12 that was made famous in the “Back to the Future” film series. They were also used on Mercedes Benz 300 SL models in the fifties and the Mercedes Benz C111 models of the early 1970s. Most recently Gull Wing doors reappeared on the 2010 Tesla Model X’s.

Doors that opened from the center out were referred to as “suicide doors” because of the potential dangers they posed to hands and fingers. On each side of the car, both handles met at the middle, with one door opening to the rear and the other opening towards the front. They were popular in Ford, Lincoln and Mercury products in the mid-fifties, and Lincoln Continental models of the early sixties. Center opening or suicide doors also made a brief appearance in 2019 and 2020 Continentals.

You may not have heard of Swedish auto manufacturer Koenigsegg, its new Gemera automobile or even its unique scissor-style doors, but you may soon. This million dollars plus car seats four, but only has two doors. Each door is attached to the car on a pivot point behind the front fenders and scissor upwards to allow passengers to board either in the front or rear row of seats. Once passengers are aboard, doors “scissor” close. It is both impressive and expensive.

Two doors, four doors, hatchbacks, mini vans or even station wagons, we can help you get a better value on your automobile insurance. All you have to do is contact us and tell us about you, the drivers in your home and the vehicles you drive. We’ll go to work to find you terrific coverage at a price you can afford. Open the doors to savings and contact us.