What is Artificial Intelligence? 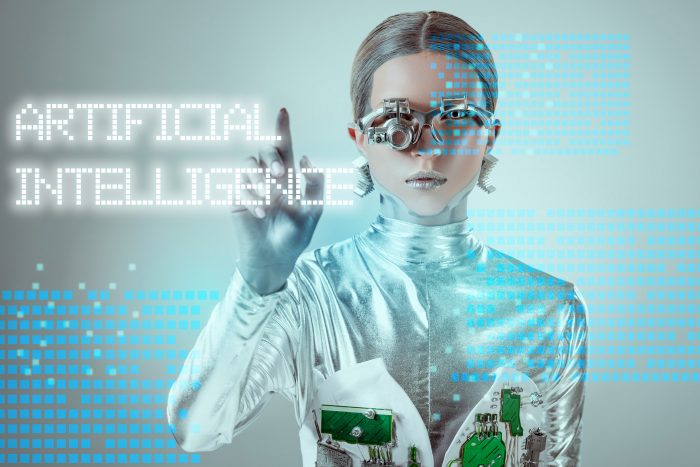 What is Artificial Intelligence?

Remember when it was common for movies to demonstrate a prediction of what the future could be like? For example, in Space Odyssey, when Dave has a human-like conversation with artificial intelligence computer voice HAL 9000. The movie semi-accurately predicted the artificial intelligence voice we have today known as Siri. Based on that movie, we are living in the future!

Artificial intelligence (AI) is becoming much more sophisticated. Although there’s still progress to be made, AI has come a long way.

It’s safe to assume that almost everyone reading this uses some form of AI every single day. AI exists everywhere–smartphones, GPS navigation, even music streaming services create playlists using AI–and this is only the beginning.

Let’s break down the basics about artificial intelligence, and simply discuss what it is in general terms.

Artificial intelligence can be broken down into two categories: narrow AI and general AI.

What is “Narrow AI”? Also called “Weak AI,” Narrow AI isn’t weak at all; in fact, it’s the modern-day artificial intelligence. Narrow AI is limited to only performing one specific task. This type of AI includes anything from the computer you play against in chess games, to self-driving cars. Narrow AI can analyze data eons faster than humans can. Human jobs could be replaced with AI programs in the future.

What is “General AI”? Also called “Strong AI.” This is the AI of the future. Further development of AI is likely to result in a computer that is able to adjust its thought processes to comply with changing circumstances and/or demands. The AI bot would be aware of its surroundings and have similar cognitive functions to a human. Strong AI would have the ability to accomplish a wide range of tasks; it will draw conclusions based on internalizing experiences.
When you combine the cognitive abilities of a human with the unbelievable speed of a computer, the result is likely to surpass the understanding of humans, giving the computers abilities beyond the limits of mankind.

Even beyond this, AI researchers predict that once General AI is achieved, there’s a possibility for AI to develop even further. This theory is called “Superintelligence,” which is essentially an AI bot that has surpassed the ability of humans in every domain possible. Because of lack of understanding of the human brain, the possibility of superintelligence is not certain.

Think of being in a world where a computer robot created BY humans, has completely outsmarted humans.

What would we become?